A prominent adviser to the UK government on Covid-19 has said he is very fearful of another Christmas lockdown, as he urged the public to do everything possible to reduce the spread of the virus. Public and health officials need to act soon to take extra precautions to curtail

Professor Stephen Reicher says vaccines are “not quite enough” on their own and “other protections” are now needed – as a fellow expert says he is fearful of another “lockdown Christmas”.

Prof Peter Openshaw, a member of the New and Emerging Respiratory Virus Threats Advisory Group (Nervtag), said the current number of cases and deaths rates were unacceptable, and reiterated the importance of measures such as working from home and mask wearing.

His intervention comes after the prime minister resisted calls from health leaders, including the head of the NHS Confederation and the council chair of the British Medical Association, who urged “categorically” that the “time is now” for tighter restrictions.

Asked on Friday about the possibility of a winter lockdown, Boris Johnson said there was “absolutely nothing to indicate that that is on the cards at all”. The chancellor, Rishi Sunak, also said the vaccine rollout and booster jabs made a lockdown or “very significant economic restrictions” unlikely.

The health secretary, Sajid Javid, conceded earlier this week that new cases could reach a record 100,000 a day, but Downing Street insisted there was still spare capacity in the NHS and that “plan B” winter measures, including the mandatory use of face masks and working from home guidance, would only be activated if it came under significant pressure.

Speaking in a personal capacity, Openshaw told BBC Breakfast on Saturday that he feared “another lockdown Christmas if we don’t act soon”. He said: “We know that with public health measures the time to act is immediately. There’s no point in delaying. If you do delay then you need to take even more stringent actions later. The immediacy of response is absolutely vital if you’re going to get things under control.”

He said getting measures in place now in order to “get transmission rates right down” was key to having “a wonderful family Christmas where we can all get back together”.

Openshaw said it was “unacceptable to be letting this run at the moment … I think hospitals in many parts of the country are barely coping actually. Talking to people on the frontline, I think it’s just not sustainable to keep going at this rate.”

The UK recorded its highest number of Covid-related deaths since March last week.

Openshaw said: “At one stage last week there were 180 deaths in a single day. That is just too many deaths. We seem to have got used to the idea that we’re going to have many, many people dying of Covid and that I think is just not the case,.”

He urged the public to take matters into their own hands to slow down transmission of the virus, rather than waiting for the government to reintroduce measures, including avoiding public transport and crowded spaces if possible, getting vaccinated and accepting the offer of the booster jab.

“The sooner we all act, the sooner we can get this transmission rate down, and the greater the prospect of having a Christmas with our families,” he said.

Members of the Scientific Advisory Group for Emergencies (Sage) said in minutes of a meeting published on Friday that a further huge rise in infections as seen in January was increasingly unlikely. Other experts predict a series of broader, flatter peaks as the virus continues to spread.

In its meeting dated 14 October, however, Sage said measures contained in the government’s plan B would be most effective if implemented in unison and earlier rather than later.

Trade union leaders representing 3 million frontline workers attacked the government’s “laissez-faire approach to managing the pandemic” on Friday. They said it risked “another winter of chaos” without urgent action, including mandatory mask wearing in shops and on public transport.

And at least a dozen local public health chiefs in England have broken from the government’s official guidance and recommended plan B measures, including mask wearing and working from home, to combat a surge in Covid infections in their areas. 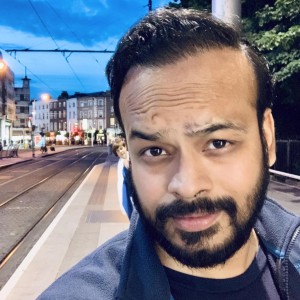 Coronavirus Travel Advisory to and from the United Kingdom