Latest Tour Package :
You are at:Home»Attraction»LGBTQ Culture in London: All you need to know

LGBTQ Culture in London: All you need to know

London is one of the foremost LGBTQ tourist destinations in Europe. Homosexuality was decriminalised in the United Kingdom in 1967, but London was an LGBTQ hub even before that. There is a lot to see and do in the city for both locals and tourists. Here’s a complete low down on the LGBTQ culture in London.

Wine and Dine for LGBTQ community

Soho, in Central London, is the centre of the city’s LGBTQ community. Here you’ll find the best gay and lesbian clubs, live entertainment shows, and sex shops. Bordered by Oxford Street, Regent Street, Charing Cross Road, and Leicester Square, the area covers about 2.6 square kilometers and can be explored on foot. G-A-Y Bar on Old Compton Street regularly hosts live music and DJ nights and stays open until the wee hours. Freedom is another popular bar and club in Central Soho, with over 200 mirrorballs and several dance poles for the live events held downstairs, and a chic bar upstairs. She Soho is unique in that it’s primarily a ladies bar, though men are welcome to accompany female patrons. Heaven, just off Trafalgar Square in Central London, is also one of the largest gay clubs in Europe. 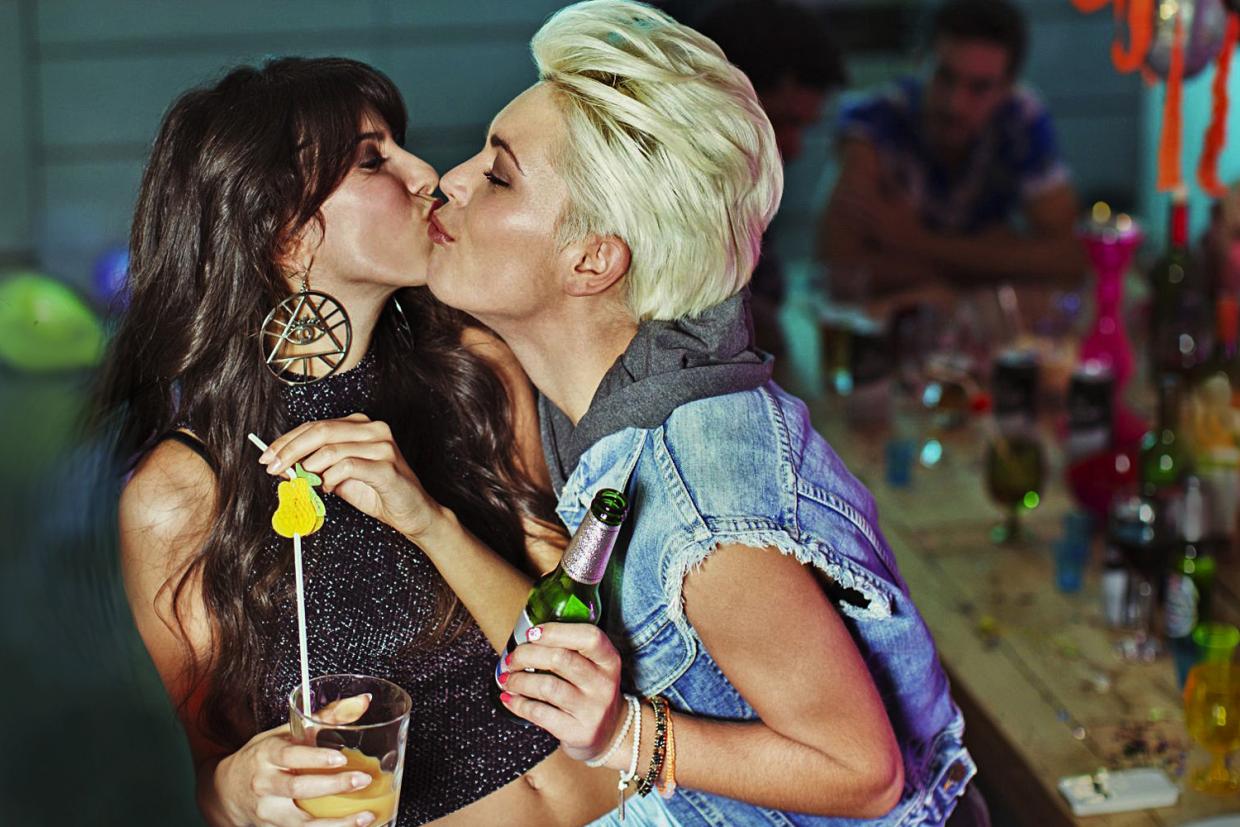 The range of LGBTQ bars and clubs in London doesn’t just end in Soho. Dalston Superstore in East London is an artsy café by day and a pulsing club by night. Fire, in Vauxhall, South London, is an industrial-style club with a killer sound system, laser light shows and some of the best DJs in town. Nearby is also The Royal Vauxhall Tavern, the oldest surviving LGBTQ club in South London.

Films and Theatre for LGBTQ community 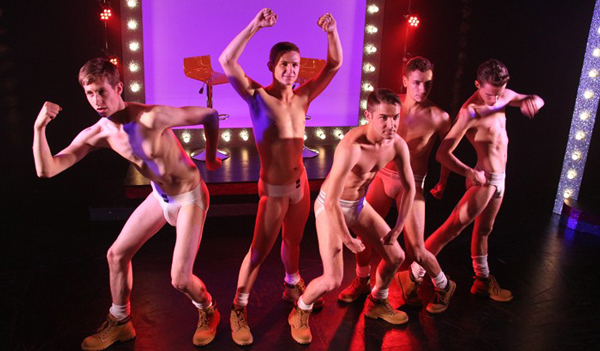 Enjoy Musicals at Above The Stag Theatre, London (Source)

The London LGBT Film Festival, BFI Flare, is the biggest LGBT film festival in Europe. It began in 1986 as a season of LGBT films for two years at the National Film Theatre. In 1988, it was renamed the London Lesbian and Gay Film Festival, and later changed to BFI Flare: London LGBBT Film Festival. It takes place every spring in BFI Southbank, London. What makes London even more unique is the Above the Stag Theatre in Vauxhall, the only LGBT-centric theatre in the entire UK.

Pride in London is an annual LGBT pride parade and festival held every summer in London. A long-running tradition, it attracts thousands of LGBTQ visitors and their friends, family, and supporters to the city. Barclays Bank is the headline sponsor for the march, and it garners support from the Mayor of London as well. 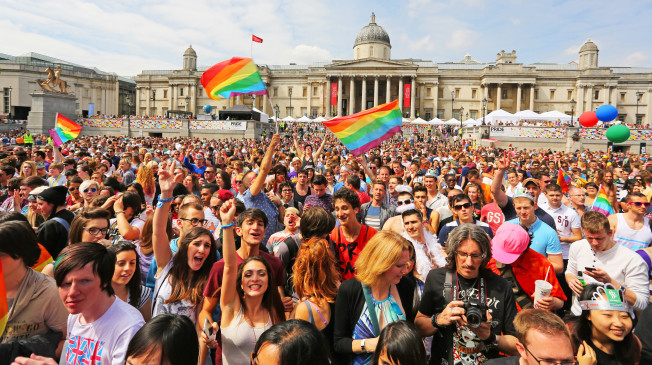 Gay’s The Word is the only bookstore in the UK to cater specifically to the LGBTQ community. Located in Bloomsbury, London, the store was founded in 1979 by people from a socialist group called Gay Icebreakers. Its genesis drew inspiration from the growth of lesbian and gay bookstores in the US. The independent bookstore has ample patronage across communities today. 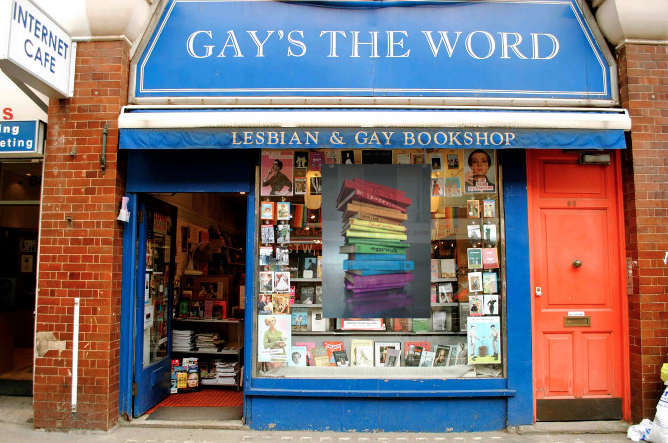 The only gay and lesbian bookstore in the UK (Source)

Social Groups for and by the LGBTQ community

There is an array of support groups for and by the LGBTQ community in London. Centred is one such community organization that lends the LGBTQ culture in London a unique character. Their major activities include publishing, networking, community events, volunteering, community infrastructure, and LGBTQ history and heritage activities. Another such organization exclusively for lesbian, bisexual and transgender women professionals is the Gay Women’s Network. They work towards giving LGBT women access to career development and networking opportunities in an inclusive space, and supporting positive change for LGBT women at the workplace. Women from all sectors, levels, industries, and walks of life are welcomed into the network.

Village Drinks is a well-known social networking community for gay professionals in London, with events in Bristol, Brighton and Manchester as well. Their social events are immensely popular and well-attended, and what’s more, their membership is free.

There is a vibrant community of LGBTQ individuals and their supporters in the English Capital. Plan a trip to explore the LGBTQ culture in London on your own, and I promise you will go home a richer person.

"LGBTQ Culture in London: All you need to know" on London Tour Package