Latest Tour Package :
You are at:Home»Entertainment»London – A city of Global Citizens

London- A city of Global Citizens

London is one of the most ethnically diverse cities, and home to many global citizens from all over the world. People of different cultures and origin across the entire world are settled in London since ages. The number of Non-British people residing in London is comparatively increasing every year. Experts believe that by 2030 the number of foreign-born people living in London will outnumber the native Britons- based on 2011 Census. London’s Population has reached an all time high of 8.6 Million. More than 2 Million people have moved to the city since past two decades. Out of the 3 Million Non-British residents, 40% are from Europe, 30% from the Middle East and Asia, 20% from Africa, and the rest 10% from the America and the Caribbean. The Immigrant population is expected to increase to 5 Million by 2030.

Immigrating and settling in London has been going on since the 17th century. Since then, the tide of migration has never stopped. London was always a city of foreigners. However, the elderly population of traditional Londoners are not much accepting of these mosaic of races, colours,languages and people. But this massive migration has given a rise to new lifestyles, food, art and music. There are many reasons for London being the best Cosmopolitan city today –Education, Infrastructure, Culture, Job opportunities, Growth and health. It’s a Dynamic city and is also voted as the best and greatest city in the world to live in, beating the likes of New York, Paris and Berlin. Once you land in London and stay there for few days and travel in and around the city, you shall notice people from different cultures, communities and races. These communities are concentrated in particular areas, suburbs or even boroughs of London. There are Indians, Turks, Ghanaians, Koreans, Arabs, Pakistanis, Jamaicans and Africans all over London. So here, we give you the round up of the nationalities /communities and cultures that you’ll easily come across in London.

Indians: We have known London as popularized by the movies like ‘Bend it like Beckham’, ‘Bride and Prejudice’. And of course through the history of 200 years of British Raj in India. Indians form about 6.6% of London’s population. Though British Indian population could be found throughout London, the majority are concentrated in West London. You’ll find Sikhism, Islam, Hinduism, Catholicism, Jainism and Anglo-Indians too all over in London. Most of the Indian population could be found in Greater London, Harrow, Hounslow, Brent, Ealing and Redbridge. Apart from Hinduism, Sikhism is also another Indian religion that is widely concentrated in West London, Southall being the thriving Punjabi community. Talk about Southall and you can only think of all things glitzy and blingy, very colourful and vibrant. The Southall Broadway is very famous. It’s like a Little India there, with fantastic food shops, Indian restaurants, clothing, Cinema hall etc. You’ll wonder if you are really in London once you visit Southall..After Vancouver, Canada ,London/UK is the only place where you’ll find the wealthiest Sikhs. Then there are Gujaratis and Muslims in east London.20% of Indians in London are Muslims who mostly come from Gujarat and Mumbai. The Indian Christians in London are mostly from Kerala and Goa.Indians form the largest ethno-national community in London. 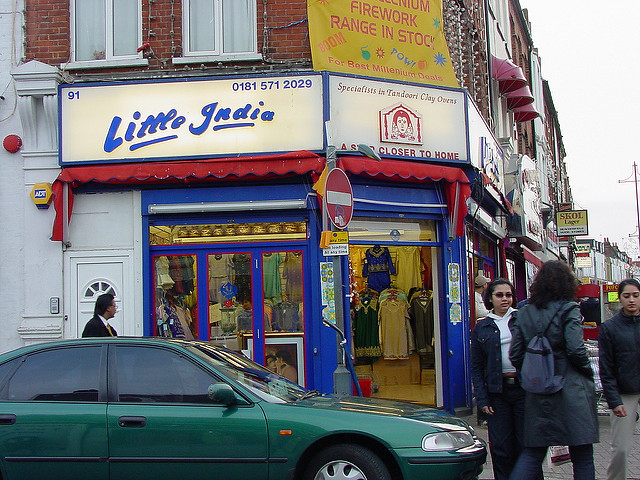 Jews: The earliest Jewish settlement in London was recorded in 1070. Under Cromwell Oliver Cromwell Judaism was brought back in England in 1656. Jews are one of the oldest minority groups in the Country. It’s a known fact that the Jews were always subjected to discrimination and anti-Semitic attacks over the centuries. Despite that they have made a significant contribution in the form of commerce and philanthropy to the country. The Jewish people are settled in greater London, parts of South Hertfordshire, south-west Essex, Glasgow and Liverpool. There is a large concentration of Hasidic Jews in Stamford Hill district in North London. Due to their high fertility rate, the Hasidic community increases by 5% each year. They are the orthodox Jewish community. The Jews could be easily spotted wearing kippot/kippah on head ,some with black hats and some prefer wearing black suits.A Rabbi (Jewish religious leader/Scholar) will be seen wearing kippah,a tallit and a prayer shawl.Women will mostly be seen wearing modest attires with some covering their heads with a scarf (tichel).The British-Jewish culture is quite strong in London with more than 400 Synagogues (in the country), Jewish Museums, and Kosher/Jewish Restaurants in the city.Try their famous Bagels (a bread product)when around in Jewish restaurants. 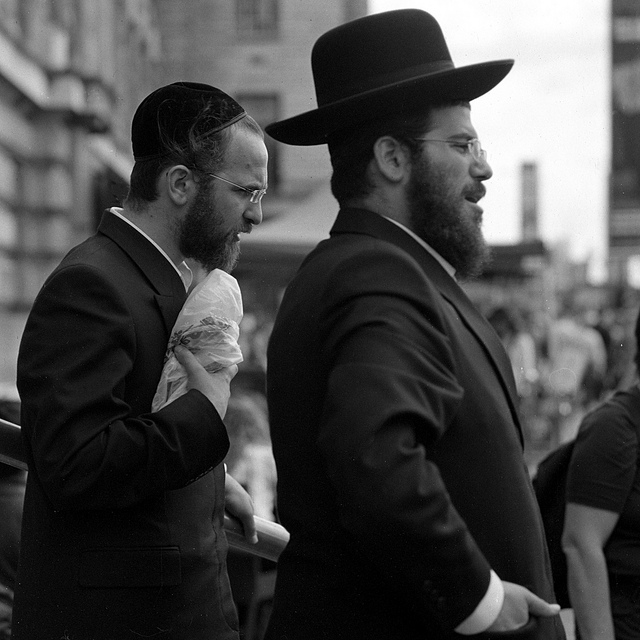 Jamaicans: Jamaica was a British colony for 300 years. After the World War II, The British economy suffered great losses with shortage of labour. The government looked for help from the British colonies abroad, during that time many Jamaicans, landed in London and found jobs in London Transport and British Rail. The second largest Jamaican population resides in London, living outside of the USA, Jamaica. The significant Jamaican population are settled in Greater London, Brixton, Birmingham, Liverpool, Manchester, Nottingham, Leeds, and Newcastle. Brixton is known as the ‘Little Jamaica’. For the Jamaicans it’s a home away from home. Jamaicans love their food and music very much;They love their jams,(music) so they can find everything from their spices, food, music and culture, in the Brixton. Fresh Ackee, Bay Rum, Breadfruit and some ‘back home food’ is easily available here. The Caribbean culture could be easily experienced in the ‘Brixton Market’, with vendors belting out the latest from Jamaica. Highlights/ must visit: The Brixton Market, Ultimate jerk Centre – a 24-hour Shack (popular with youngsters). 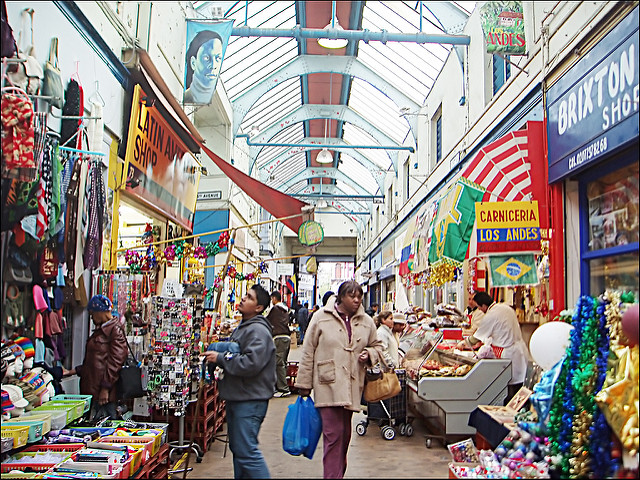 Turkish: The Turks landed here in the 17th Century when they were freed from the slavery on Spanish ships by the English Pirates. They worked as tailors, solicitors and shoemakers, but in later 1600’s a Turkish servant along with the help of an English merchant introduced ‘The Turkish Coffee’. After that the first coffee house was opened in London with many more flourishing in the city within a decade. London is a home to more than 200,000 people of Turkish or Turkish Cypriots (from Cyprus) origin. Mostly they are settled in Tottenham, Hackney, Islington and Haringey, not evenly distributed. You’ll find many Turkish Kebab shops, cafes and restaurants and also the famous Turkish steam baths in the city. Turkish Community is very gracious and believes in strong family bonds.Among the community Turkish language is commonly spoken with a Turkish Cypriot dialect, but many in the community are constrained by English language.There are few Turkish schools where the young Turks are encouraged to attend so that they can learn about their culture ,food and art. 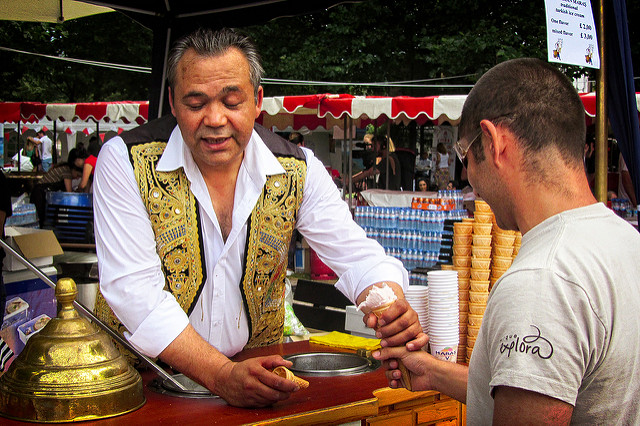 Pakistanis: The London-Pakistanis are emigrants of Pakistan who have settled in London in the 1960’s. They are a diverse mix of Sindhis, Balochis, Pashtuns and Punjabis. They form about 2.7 % of London’s population. The Pakistani community are mostly self-employed with businesses in grocery and retail stores. Newham, Waltham Forest, Ealing, Brent, Harrow, Croydon, Hounslow, Redbridge are the regions with significant Pakistani population. There are many popular Pakistani restaurants and food stalls in the city known to serve delicious food. More than 20000 British Pakistanis commute to Birmingham to celebrate Pakistani culture, food and art at the Birmingham Annual Eid Mela.

Bangladeshis: British – Bangladeshis are popularly known as Bengalis/ British Bengalis. Many Bangladeshis migrated during the 1970’s. Majority of them have settled around the East London Boroughs. They are one of the Country’s fastest and youngest growing populations. But along with it there are issues like high rate of unemployment, overcrowding, and health problems. The relative poverty rate is quite high with British Bangladeshis. 65% of them are living in low income households. Apart from the Bangladeshi demographics, there are many events celebrated by the community annually like Boishakhi Mela (Bengali New Year) to keep their culture alive and bringing the community closer. British Bangladeshis are mostly into restaurant industries. 95% of all Indian restaurants are run by Bangladeshis. Brick lane in East London is famous for curry houses. There is a thriving local street market in Whitechapel offering much low- priced goods for local Bengali community.

There are many other nationalities like the British – Africans, Chinese, Koreans, Japanese, Australians, Germans and the French who have made London  their home. It’s certainly overwhelming to see so many cultures thriving and coming together in a beautiful city of London which has been welcoming immigrants since time immemorial. London definitely is an international city and the best place to live in.

"London – A city of Global Citizens" on London Tour Package