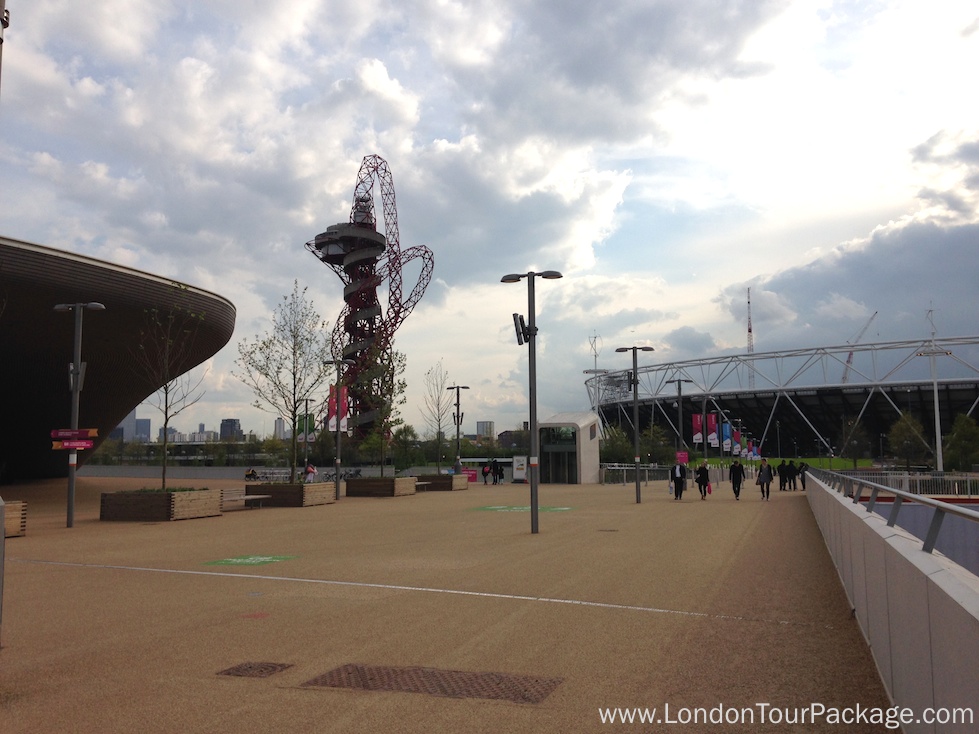 As I am in London, I grabbed this opportunity to go and have at this marvel myself. I really wanted to know what’s the fuzz about and whether it holds a reputation of a next big public park. As I have been living in East London, I will explain you my journey to Elizabeth Olympic park, what I saw and its key features. Travelling to the Olympic park was not a big issue, I took the District line from East ham towards Hammersmith and then changed at West Ham to catch the Jubilee Line towards Stanmore. You need to hop out of Stratford Tube station. It is then a 10 mins walk to the Westfield Shopping Centre. The Queen Elizabeth Park is on the south eastern side of the Westfield Stratford shopping centre. To reach the park all you have to from the Stratford tube station is to follow the arrows towards the Queen Elizabeth Olympic Park. You will be guided through the shopping centre. 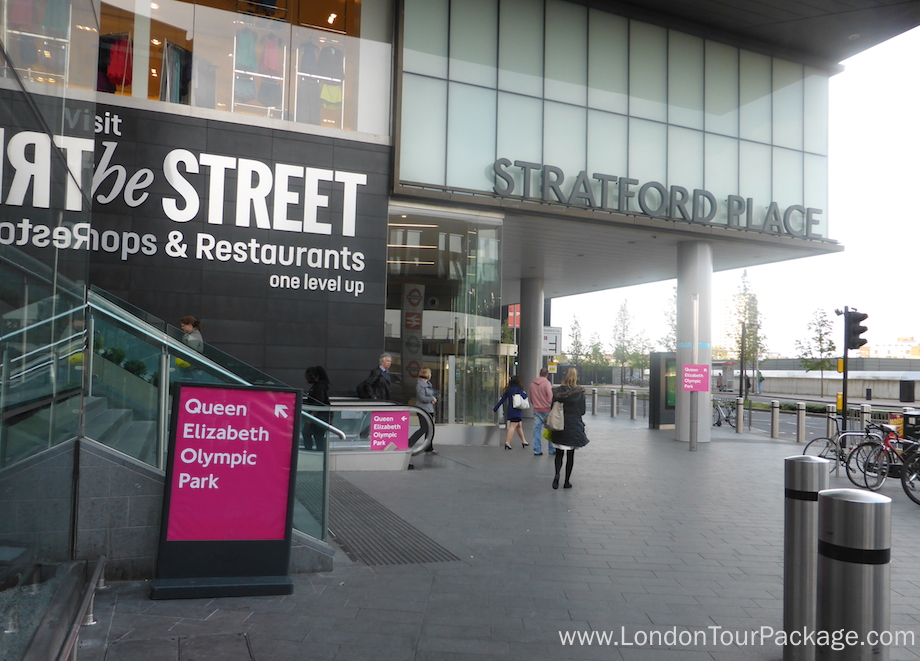 This park is perfect for sunday brunch and family hangouts. The park is indeed huge when you enter. On your left hand side is the London Aquatics Centre and in front of you is the Podium. When you walk across the bridge on your left hand side you will see this tall famous landmark building named Arcelor Mittal Orbit created by Anish Kapoor and designer Cecil Balmond. The orbit is also one of the tallest sculpture in the UK. The Views get better and better ahead. Knowing I came to the park for the first time, I wanted to go to the Arcelor Mittal Orbit. I looked around the Aquatic centre and looked here and there and walked towards the orbit. Then I came across interactive water fountains, where I saw kids playing with water and getting drenched and enjoying. Though I must say it was very cold. Brave kids and the eagerness to play in water made them forget it was a chilled day. 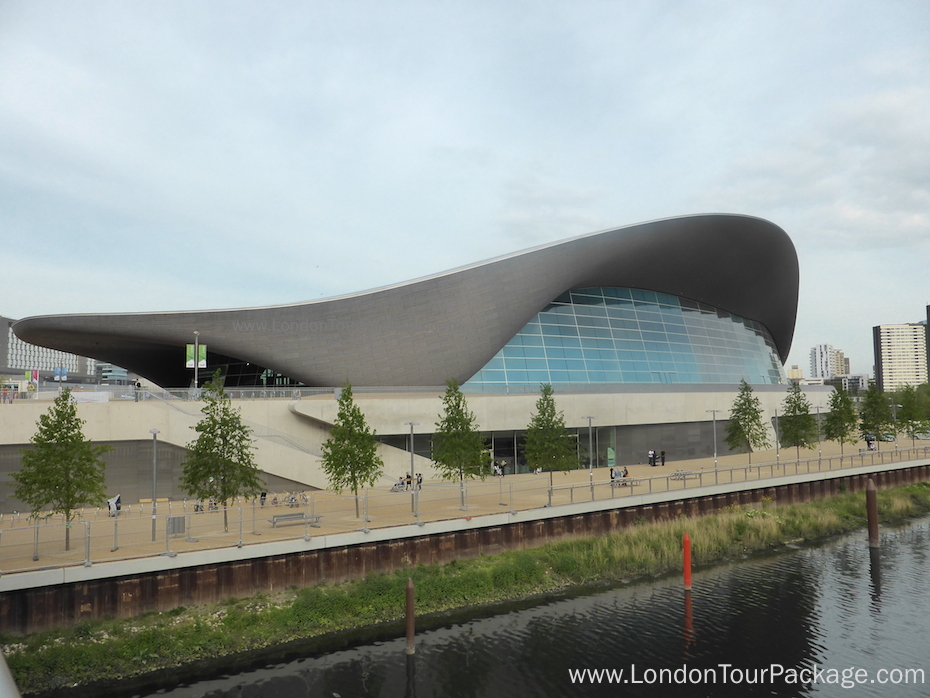 The view of the Arcelor Mittal Orbit was getting even better and better and gigantic by every step I was taking towards it. The area had nice wooden finished seating and grippy turf to walk on. On the right hand side of me there is a nice restaurant named EastTwenty Bar and Kitchen and just opposite was the ticket counter for the entry to the Orbit. You will be surprised to know the price of an adult ticket to go at the top of the Arcelor Mittal Orbit. Behold the admission price to go to the top of the Orbit was staggering £12.50 per adult, Child 3-16 years £7.50 and the family ticket for 2 adults, 2 children was for £32. I was simply taken aback by the ticket price to have a look at the orbit. I went to Emirates Air Line London’s First Cable Car and I paid £3.50 and the orbit admission fees is sky high as the orbit itself. I took the decision not to go inside the orbit as I was running tight on budget. So, I walked around took some pictures and hangout there for another half an hour in the park. Below are the ticket prices for the Orbit Skyline views: 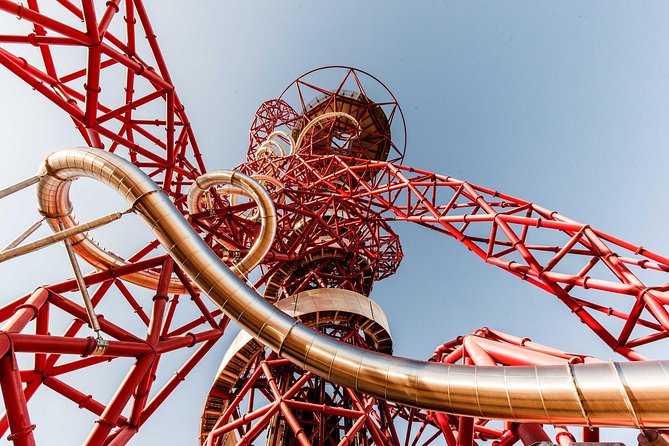 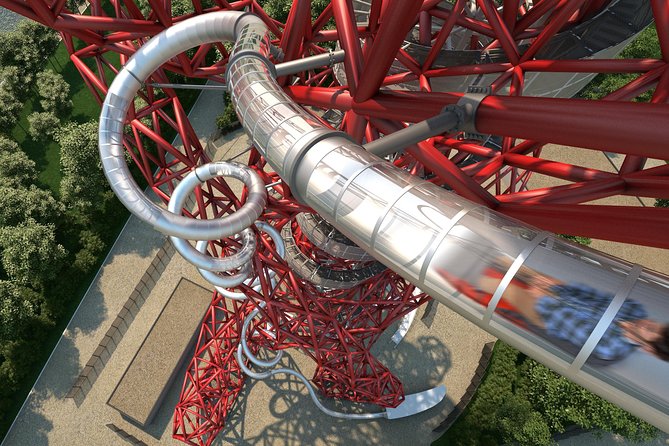 The Slide at the ArcelorMittal Orbit

The park was huge and surely it is a great place to relax when the sun is out. I hope the Orbit Admission cost comes down and then I will go inside it one day. For sure, families who are looking for a day out and tourists who are looking at some remarkable views of the city you must go and enjoy the views. Make sure you go to the park on a sunny day. I went on a cloudy day and its not justice to the parks beauty. The park is also a nice place for cyclists. If you are shot on food supplies Westfield Shopping centre is right behind you to grab the snacks and treats. 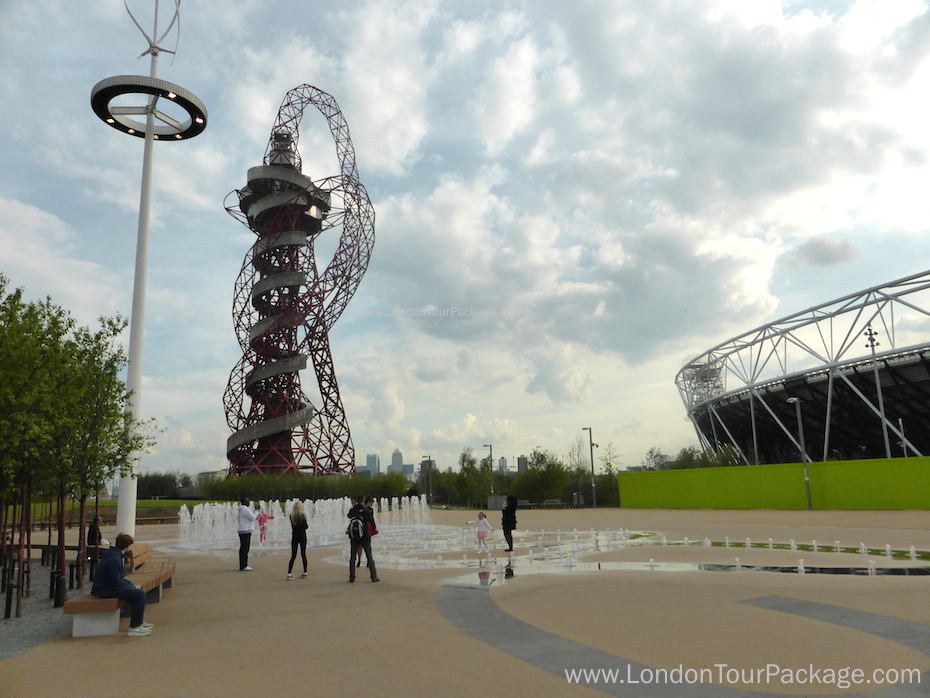