Cutty Sark is one of the fastest and the only surviving ship of its time. It was the only surviving tea clippers from the merchant service. Many epic voyages were made and the ship survived all the odds of times. In its peak in nineteen century, Cutty Sark sailed through the world’s important trading routes. For more historic information on Cutty Sark you can read an article on “History.co.uk” In 2006 the ship caught fire due to mistake of the co-workers not switching off the industrial vacuum cleaner. Cutty Sark is now open to general public with all its glory since April 2012.

To reach Cutty Sark, you need to take a train towards Lewisham and pop out at Cutty Sark for Maritime Greenwich DLR Station. The first thing you will see while coming out of the station will be The Cutty Sark. It would be handy to grab a visitor’s map of the area from Cutty Sark, as it will help you to cover the rest of the destinations in an efficient way. When you come close to the ship it looks huge and sheer beauty will take you back. The entry to the ship museum is from a small building next to the ship. The entry fee to Cutty Sark is £15.00 per adult.

Ones you enter you will have access to 4 deck options. The first you will enter into Ground Level Lower Hold, where you will be able to see the Michael Edwards Studio. You will have the access to the Cutty Sark shop and the ticket desk. You can wander around the area and are allowed to take pictures at designated areas only. You then have an option to go to Level 1 Tween Deck above or at Lower ground The Dock – Sammy Ofer Gallery. You will be greeted with vast ship base which when close looks absolutely massive. Ship base and see its beauty and with the material it was made. The base of the ship is mounted and supported by iron pillars and in the air, when you go the Lower Ground the Dock – Sammy Ofer Gallery. The base of the vessel is surrounded by glass and is covered from all the sides. Level 2 The Main Deck is the place to be, where you picture yourself sailing the deep seas. You have wooden floor on all the levels, and you exhibit the sheer beauty and re-imagine the times when the shipped the high tides. 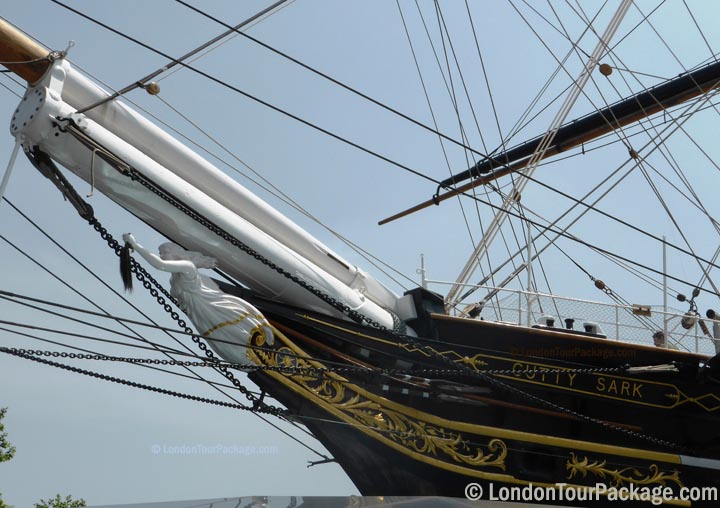 To Book your Cutty Sark Greenwich Maritime tour click on the button below. The tour is done on a bike and the duration is around 8 hours.

Lahore One Serves the best Pindi Chole Channa in Town