Paris to London travel is very frequent by locals as well as by tourists. Both cities enjoy smooth travel by road, train and by air. The distance between Paris and London is 460 km. This can be achieved by self-drive or by public transport. People also travel between these cities for work and leisure.

Frequent travellers from Paris to London often take the best and most convenient way of transport i.e. train. For example, Eurostar serves very well for this purpose. Paris to London Eurostar train is the most frequent train service Eurostar. The most frequently used channel of Paris to London travel is from Gare du Nord to St Pancras International Station. The train takes less than 2 hours to reach London St Pancras. The reason for travelling by train to London is very simple, the train tickets are way cheap than buying an air ticket from Paris to London. No matter how fast the air travel is from Paris to London. Considering the time taken to travel to the airport, this includes the taxi or well your own conveyance, then the check-in time, and then the same when you reach London. All this takes a lot of time as compared to taking a train and reaching London in about 2 hours. Train travel from Paris or any part of France is much suited for businessmen who are in a hurry and want to choose the best option of travel which without a shadow of a doubt saves time and money.

You can plan your train journey with Trainline. They have partnered with Eurostar to help people travel with ease and luxury. Book your Paris to London ticket “here”

If you are a holidaymaker and want to spend some quality time in London, and also want to take your transport with you, the other great option is to go by Euro Tunnel Le Shuttle. If you are living in Northern France or any part of France you can travel to Calais and hop in the Euro tunnel with your car and your family and be there at Folkestone in less than 30 mins. Yes, less than half an hour! And guess what, it’s much cheaper which is £22/€30 to start from, for one car and a maximum of 9 travellers. 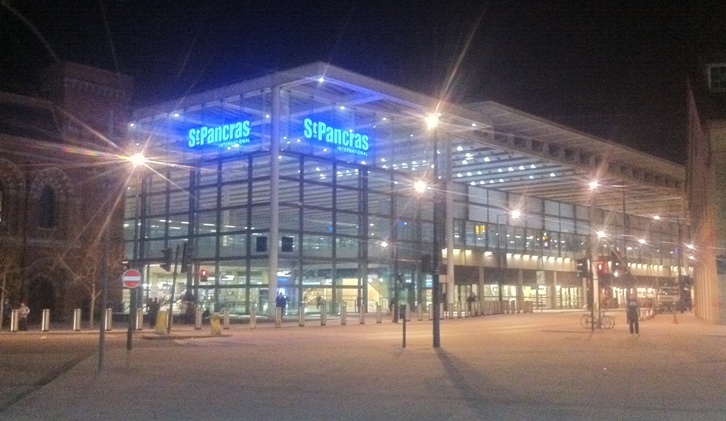 The most time-consuming and cheapest travel service from Paris to London is by bus. Eurolines, Megabus, and iDbus run frequent bus services from Paris to London. The average bus ticket from Paris to London will cost around € 30 per person. The bus journey is painstakingly long. To be precise it can vary from 8 hours to 10 hours. You can get a Megabus from the Port Maillot bus station. The fare also includes the price of the P&O ferry which takes the bus from Calais to Dover.

We have hand-picked the best London tour package offers for tourists coming to London from Paris:

Fast track option for a perfect Lastminute London Eye experience! With fast-track entry for your standard flight in a shared pod, you get to skip the majority of the queue.

Experience the glittering world of fame at Madame Tussauds in London. See the life-like wax figure of Her Majesty the Queen, strike a pose with Beyonce cuddle up to One Direction and snap a selfie with Kim Kardashian.

Step into the mystical world of Harry Potter™ with a behind-the-scenes visit to Warner Bros. Studio London. With luxury round-trip transport from London Victoria to the north London studios included, this 7-hour experience enables you to discover the magic of the Harry Potter films without any hassle.

Top 10 Things to do in Winter/Christmas in London 2016