Veganism is compassionate living and giving up on dairy, meat and other products derived from animals. There has been a rise of 360% in the number of vegans in the United Kingdom, over the past decade. Many Londoners are going vegan, being vegan is a new punk. According to the UN, there are three main factors: the environment, health and concerns about animal welfare that has led to many Londoners adopting the vegan lifestyle. Campaigns and festivals like Veganuary and Vevolution have been started to make non-vegans aware of the benefits of being a vegan.

When it comes to eating Vegan-only food in London, fret not, this amazing city is a host to many vegan-only and vegan-friendly restaurants. With People moving from Steak to Seitan and many fancy vegan restaurants coming up in the city, London is definitely an exciting place to live in 2017. Check out our list of the 10 best Vegan Restaurants in London. We have picked up the restaurants considering global Cuisine.

222 veggie vegan is a Low-Fat, Low-salt, Non-GM and Organic 100 % Vegan restaurant, also their website says they never deep-fry or microwave. Lunch is served as a buffet and dinner is A la Carte. Dishes range from organic tofu burgers served with oven-baked chips and homemade ketchup, raw asparagus spears, and stroganoff to desserts like tofu cheesecakes, vegan ice cream and raw chocolate tortes. 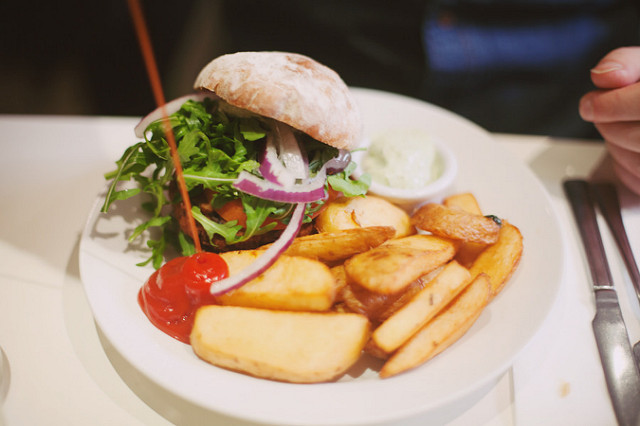 Mildred is a very popular vegetarian restaurant. The atmosphere is lively and informal. It has got three branches across the city Soho, Camden and Kings Cross. It’s often crowded at the peak hours and also they have a no booking policy, so arrive early, you may grab a few drinks at the bar when there is a queue. You may reserve a private dining room for around 10-15 guests. Vegan dishes are clearly marked with signs. Veggie burgers, salads, stir-fries and vegan desserts are worth trying.

This bustling buffet restaurant in Oxford Street serves food and drinks that are vegan, gluten-free and free from refined sugar. It’s almost next to Tottenham Court road tube station. There is a separate raw menu and a juice bar. There’s an appealing range of dairy-free desserts one of them being very interesting and refreshing, cheesecake made from coconut oil, mango and macadamia nuts. Do try their zesty salads, soups and stews. Go visit this restaurant to experience healthy and organic vegan food.

This one is a vegetarian, Italian restaurant on the new Oxford Street. Amico Bio offers classic and gluten-free Italian dishes. Head Chef and owner Pasquale Amico sources many of the ingredients from his family’s farm in Capua, Italy. There’s another branch of this restaurant in Barbican.

A Japanese Vegan Restaurant Yes it is one of a kind in the entire of Europe. Dishes made out of Tofu, Noodles and Seaweed are very impressive. Try out their Sasou tea made from the bamboo leaf and buckwheat (soothing for a weak stomach) pumpkin cake with tofu cream. It’s a little on the pricey side. Students can avail of a discount of 10%. Itadaki Zen is London’s First and only vegan Japanese restaurant.

Fed by Water is a 100% authentic and plant-based Italian cuisine in the heart of Dalston. They promote a Mediterranean vegan lifestyle. They use pure filtered water for the preparations. It’s London’s first and only vegan pizza restaurant. The vegan menu boasts options ranging from pizzas and pasta to salads and soups, homemade cashew mozzarella-style cheese, gluten-free pasta, soy ham, and soy sausage to name a few. The menu is extensive. Highly recommended.

This one is Michelin recommended. Non-meat cuisine is done by experimenting with original flavours and modern techniques. Delicious gourmet vegetarian food is served in the art-deco inspired dining room. Book in advance. You may have to call in advance to let them know you are vegan.

Redemption is an alcohol-free restaurant. They have a health-centric menu. They have an amazing range of mocktails like Apple Mock-Jito and Lettuce Spray. They also serve Non- alcoholic beer. The food here is very authentic and clearly stands out. Do not forget to relish beetroot and barley Risotto when at Redemption, Notting Hill. There’s one more sister restaurant in Old Street London.

It’s a veggie cafe with airy interiors. With their ever-changing seasonal menu, they have an array of ingredients handpicked from small organic farmers and local suppliers. The Cafe owner believes in retaining the natural goodness of the ingredients used for creating dishes. They do not use over-processed foods such as wheat, peanuts and soy. 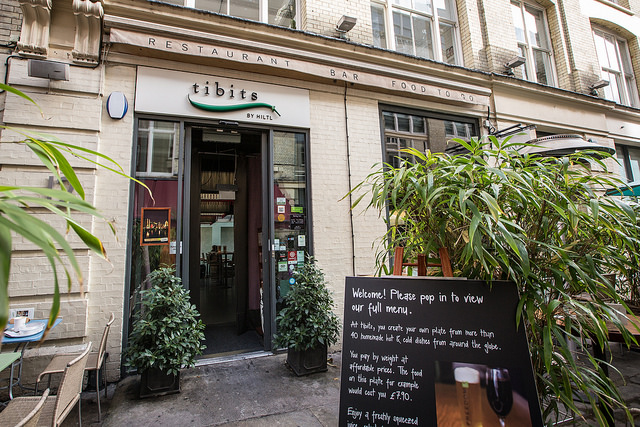 Tibits is a stylish self-service diner. The restaurant is owned by three Swiss brothers, the Frei Brothers. Their website says Tibits is all about- fresh, delicious and easygoing. The food here is 80% vegan on every other day, except for Tuesdays when it is 100% Vegan. All the items are labelled to indicate if Vegan. You pay here according to the weight of your plate, so you can take as much or as little as you want. There is a large seating area downstairs. Great decor and Worth visiting!

There are many other restaurants that serve good vegan food like Farmacy, Yorica, Black Cat, The Gate, Ethos etc., but we have chosen the restaurants as on their ratings and popularity. (Our version of the best) With our list of the best, it’s very easy to be a vegan in London So, Go explore!

(All the images have been sourced from Flickr.com under the creative commons license)

Check out our restaurants and pubs section for you to plan your breakfast, lunch, and dinner for any occasion. 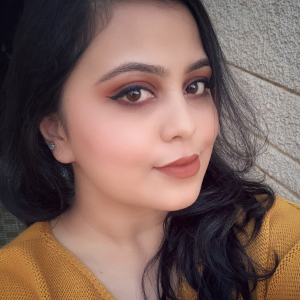 Lahore One Serves the best Pindi Chole Channa in Town