Latest Tour Package :
You are at:Home»Cuisine»Best Indian Restaurants In London

London is one of the most visited and iconic cities of the world. London has a lot to offer for everyone from history and culture to good music and extraordinary cuisines. The city is deeply multicultural and diverse. So many cultures have infused in, that one can sense the culinary aromas around the streets of London. The Cuisines that you get to eat in London, like the Italian, Mexican, Indian, French, etcetera, are simply impeccable. Indian food is the most loved food in the UK Capital. We all know Britain’s love for Indian Spices and Curries. The first ever curry house of London was opened in 1809 .It was called The Hindoostane Coffee House. The people in Britain knew nothing about Indian Cuisine beyond ‘curry’. The Indian Cuisine was only restricted to curries in the beginning, but the field widened with new restaurants that came up post 80’s, the British were introduced to a more intricate Indian Cuisine with introduction of regional delicacies and gradually got the taste of Indo-British fusion  food.

Benares: Benares is an upscale and exclusive Michelin Starred restaurant in the Mayfair area of central London, owned and managed by Chef Atul Kochhar. He is the first Indian Chef to be awarded with highly coveted Michelin Star (Twice). The Interiors are nicely done; the food is exquisite and really unique. Benares is quite expensive, but favourite among food lovers. Benares is all about modern Indian cuisine with contemporary British twist. It has been rightly raising the culinary bar to the extraordinary heights. Check their website benaresrestaurant.com to get a 360 degree view of their restaurant.

Amaya: If you have a penchant for fine-dining then Amaya is the place to be. With Stunning interiors, open grill kitchen and sophisticated grilled Indian cuisine, Amaya, is one of the best Indian Restaurants in London. Their Menu is not fixed as it keeps on changing with the Chef’s Innovations. Amaya serves Indian food with an Oriental or Pan-Asian twist, thus making it very unique. 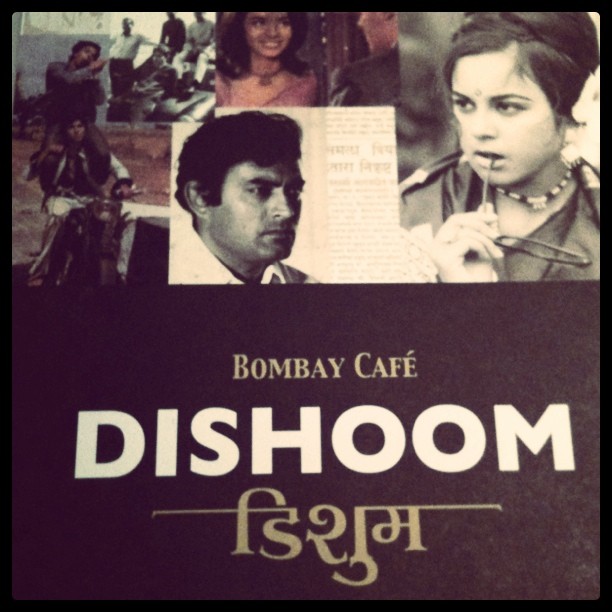 Dishoom (Various Locations): Dishoom is an ode to Bombay’s fading elegance of Irani Cafes. It’s a bustling restaurant with vintage decor, its interiors are very similar to the Bombay cafes- the bentwood chairs, sepia portraits, a big clock- resembling the one that is on the tower of Chattrapati Shivaji Terminus. (CST station, Bombay).With a unique name and sumptuous food menu, Dishoom has grown very popular in London. It has four branches at – Kings cross, Shoreditch, Covent Garden, and Carnaby. You may visit Dishoom anytime of the day either for Breakfast, Lunch, Evening Snacks or Dinner. Bun Maska, Chaijito, Bhelpuri, Pau Bhaji, deep flavoured House black daal, Lamb Raan Bun, Bacon & Egg Naan Roll and Keema Per Eedu, are signatures worth trying, when at Dishoom. 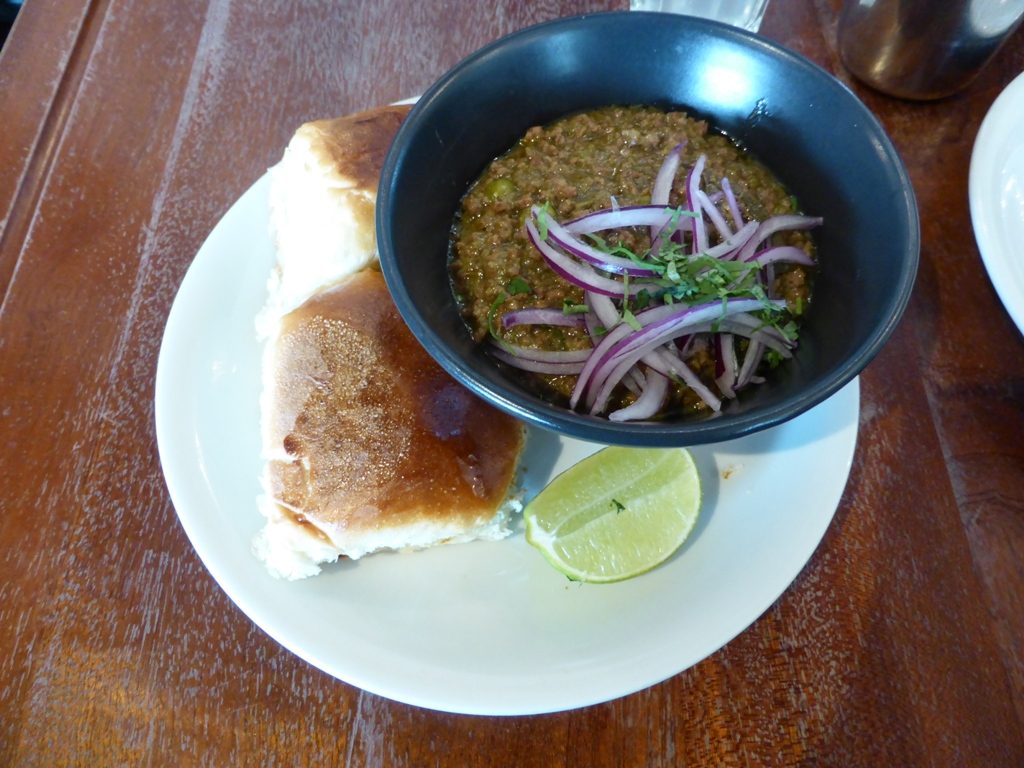 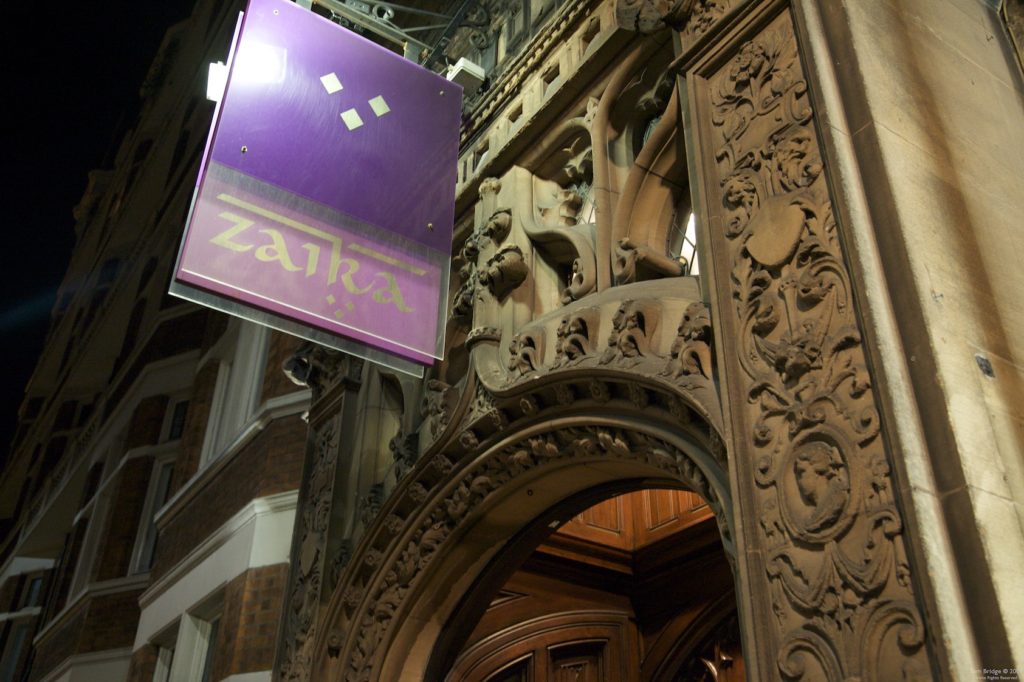 Zaika: If you would like to experience royal cuisine and something that is a fusion of two traditional cooking techniques, then Zaika in Kensington is the place you should head to. Zaika offers Awadhi style cuisine; they use Mughlai and Nawabi cooking techniques. Zaika has a majestic dining room overlooking the Hyde Park. Great value for money and also it’s a sister concern restaurant of Michelin Starred Restaurant Tamarind which also makes it to this list.

The Cinnamon Club: Cinnamon Club is set in grade II old Victorian Westminster library; it serves Indo-British fusion cuisine. The Cinnamon Club is fine-Dining Indian Restaurant. The food is intricately spiced with high quality ingredients. The updated food menu by head Chef Rakesh Nair, the subtle way of food presentation/plating and the terrific wine list, truly makes it an ‘epicurean experience’. Chef Vivek Singh is the Executive Chef and CEO of the restaurant. He owns two other restaurants under the name Cinnamon Kitchen and Cinnamon Soho.(Carnaby). 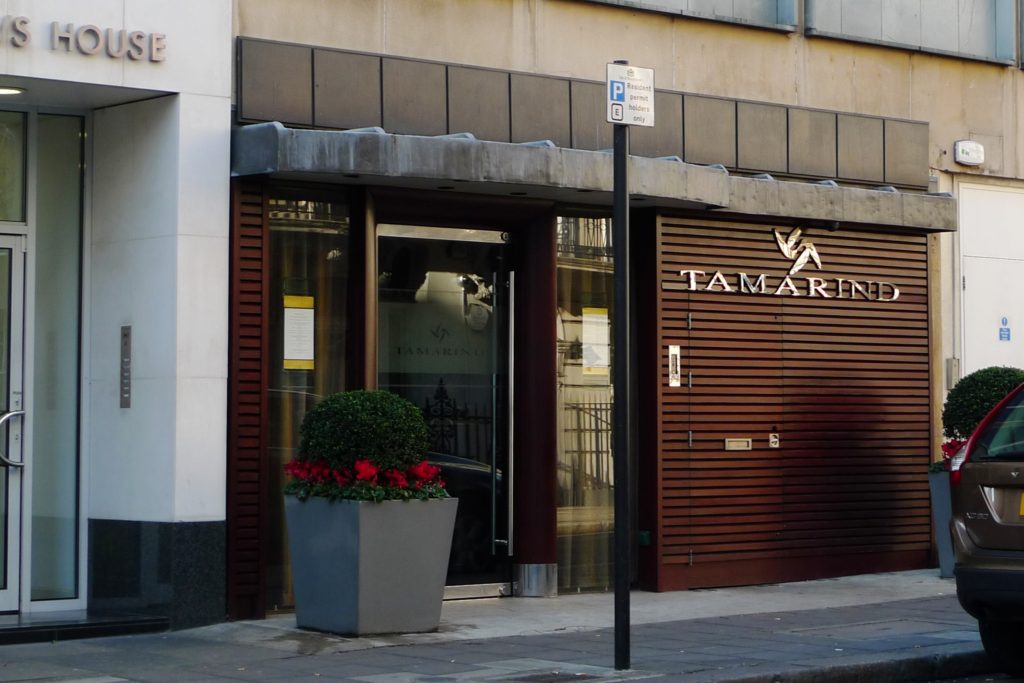 Tamarind: Tamarind opened its doors first in 1995, as the first Indian fine-dining Restaurant in London. It is also the first Indian Restaurant in the world to win a Michelin Star in 2001. Tamarind serves traditional North Indian Cuisine. It is as welcoming as ever with refined interiors, service and carefully spiced food. The prices are quite high like most of the other Michelin restaurants.

Chutney Mary: Chutney Mary was established in 1990 in Chelsea by the Panjabi sisters Namita and Camellia Panjabi; they have added a contemporary touch to the unique and exceptional Indian recipes. They relocated to St. James Street in 2015. The restaurant is glamorously decked and the stylish Pukka Bar of the restaurant offers all day dining from a lighter menu. Dining here is expensive, but the food is delicious, you get to choose from a la carte or a tasting menu inclusive of seafood, game and meat to a host of scrumptious vegetarian dishes.

Quilon: Quilon was established in 1999 and is popular with Lords, Ladies and Ministers of Parliament. Quilon is another Michelin starred restaurant specialising in South-West Coastal Indian Cuisine. Quilon offers progressive delicacies. Sea-food is the main peculiarity, dishes like Goan fish curry with appams, baked black cod are popular with sea-food lovers and then they also serve meat, poultry and vegetarian dishes. The restaurant also offers a private dining area where you can watch the Chef create your favourite savouries- Indeed a unique culinary experience. 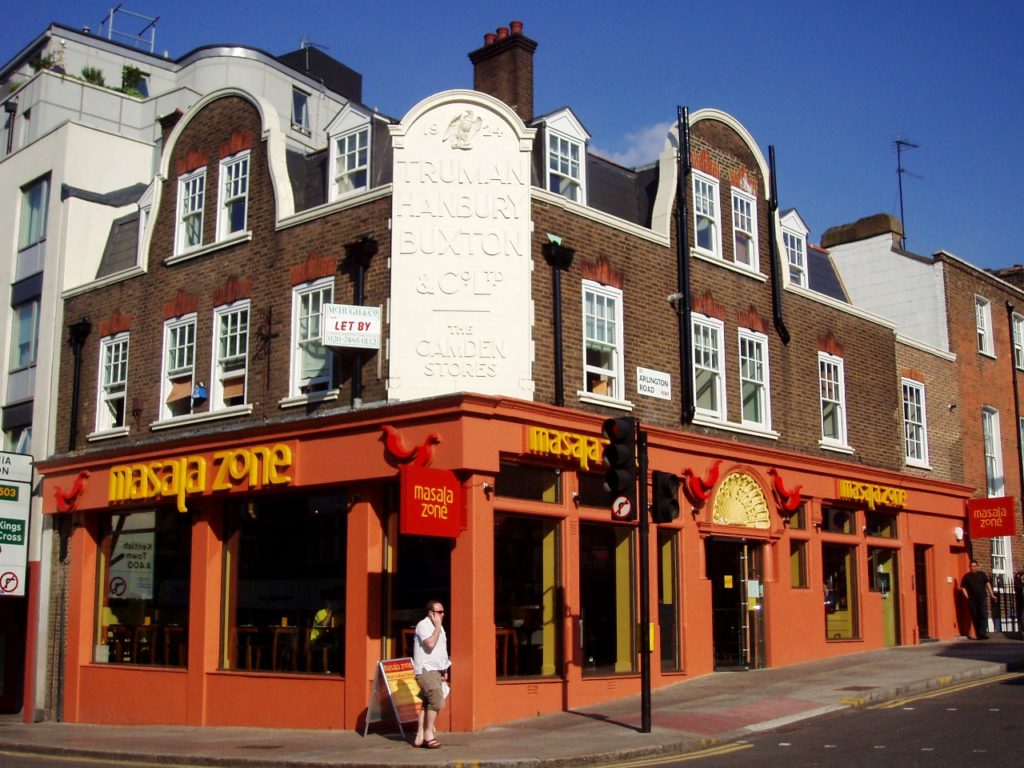 Masala Zone (Various Locations): Another chain of restaurant owned by the Panjabi sisters, Masala zone is not just another curry house. All the Masala Zone branches are visually unique with interesting art and decor. Masala zone’s menu has an array of street food starters or Grazing as they have named it, and then they have the Thalis (A large platter with several bowls of different food).Indian street foods like Gol Gappas, Dahi Puri and Pav Bhaji are very tasty and reasonably priced.

These were the round-up of the best Indian Restaurants in London. We are sure these restaurants will definitely make it to your bucket list. To check out the mouth watering food tours in London click here: Food Tours